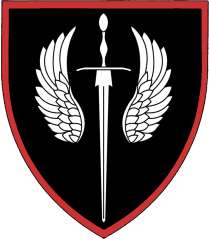 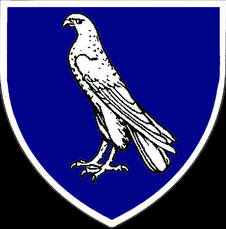 Our Hawks are Senior students at ASA, who are beginning to be formidable fencers in their own right, and mature role models for the other students. They have taken the lessons of Courtesy to heart, and are starting learning about Fortitude; to be self-reliant and motivated in their learning, to cope with disappointment and work towards their goals.

Slip away from an oncoming attack and counter by attack to the same quarter they have attacked from.
​

The change cut - striking with the short edge from below. Often preceded with a wrath cut ending low to bait the opponent to attack you.

The Plunge strike - turning the hand just before the blades clash to strike with the short edge or the point. The point "plunges" forward over their parry or cut.

Rolling away into a new attack just before contact. Circle makes a full rotation to deceive the opponent.

​Bend the arm to pull your sword back just before the blades clash, sending it to a new opening.

The three hours of honour! Tasks should take at least an hour, and represent a genuine sacrifice/effort on the part of the student. As Acts of Service, they should be focused on the real needs of the people they are serving.

A Wolf should have tested their skills in one of our Tournaments or Public Displays.

A Wolf is beginning to show leadership of the other students around them - staying on task and getting the job done. They are an excellent training partner, and can help instruct less experienced students.

They are a capable leader in group fighting, able to multitask by keeping themselves and their team safe and working effectively.